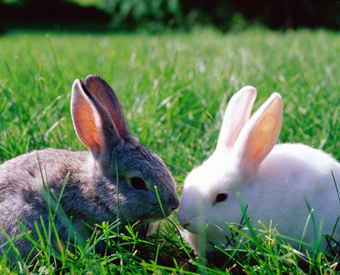 Rabbit farming, being one of the most profitable livestock farming in Nigeria, requires adequate knowledge and experience, in order to be successful in the business.

Below are important facts every rabbit farmers should know and be informed about;

🐰A female rabbit is called a doe.

🐰A male rabbit is called a buck.

🐰A young rabbit is called a kit.

🐰Rabbit meat is all white meat.

🐰Rabbit has the highest percentage of protein.

🐰Rabbit has a lower percentage of fat than chicken, turkey, beef, or pork with unsaturated fatty acids at 63% of the total fatty acids.

🐰 Cholesterol level in rabbit meat is much lower than chicken, turkey, beef, pork.

🐰The rabbit meat is the most nutritious meat known to man.

🐰Research shows that rabbit meat has been recommended for special diets such as for heart disease patients, diets for the elderly, low sodium diets, and weight reduction diets.

🐰Rabbit is not a readily found protein and is considered to be the most easily digested meat on the planet and works great for clients with allergies.

🐰Rabbit meat is 99% fat free, and is said to resemble the flavor and texture of free range chicken.

🐰There are over 50 known breeds of rabbits.

🐰There are over 300 different recipes for rabbit.

🐰Rabbit wool is lighter and warmer than any other animal wool.

🐰After slaughter 93% of the entire carcass is usable.

🐰Only about 7% of the rabbit consists of bone.

🐰Rabbits have no diseases communicable to humans.

🐰Most felt hats are made from rabbit pelts.

🐰Rabbit fur can duplicate 85% of all other furs.

🐰The rabbits foot has been a good luck charm for centuries.

🐰Gardeners will virtually beg for rabbit manure as plant food.

🐰Rabbits are the only edible farm animal able to produce 1,000% of it’s own weight in offspring per year.

🐰They can breed all year round and produce a litter in only one month’s time.

🐰Rabbit manure will not burn plants even when applied.

All You Need To Know About Extensive Rabbit Management

We tried contacting you but were unable to reach you.

For information and to make a discretionary payment for rabbitfarmng.com services.